We never know where are our lives will take us when we are kids.  Those early childhood memories of walking to the local ice cream stand and getting a chocolate malt.  My eyes lighting up with smiles that would last a life time.  Little did I know I would be creating those memories today for generations to come. 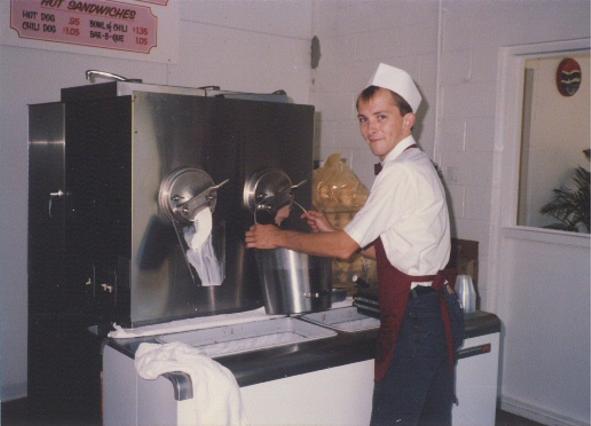 That first day we thought it would be our last day.  We opened our doors at 4:04 in the afternoon on that beautiful sunny day in August.  We already had a line of customers ready to taste the fresh frozen custard as it slid from the machine.  One hour later we had to shut down do to an electrical fire in our fuse box, our dreams were shattered.  We opened the next day with half a fuse panel.

That's me (Michael) a mere 25 years years old making my Grandmothers frozen custard recipe.  I would learn thirty years later it has become an institution in Madison Wisconsin. 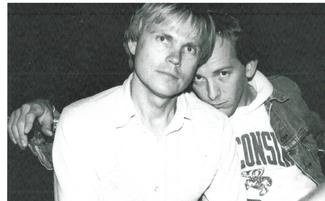 There would be no Michael's Frozen Custard without my first partner John Kuehl. Together the force of our energy and not taking NO as an option we opened our first Michael's on Monroe Street in Madison Wisconsin on August 22, 1986. John was able to see the dream of creating smiles on faces across the landscape before he died in 1993. 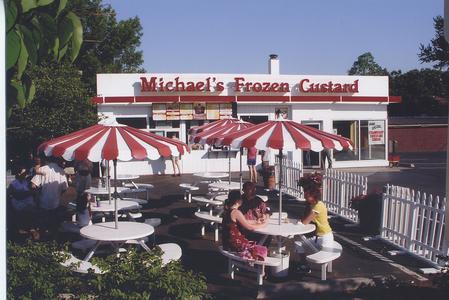 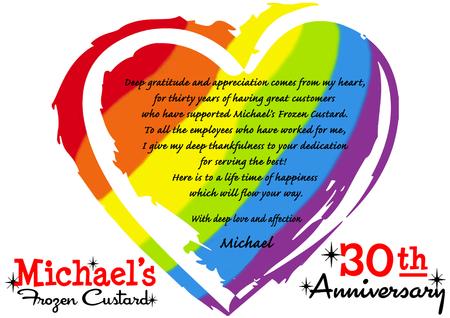 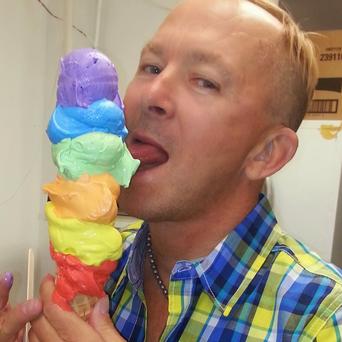 Today I look at the success of Michael's and think how many hurdles I had to overcome. Starting this business with no money, all I had to my name was an 1982 Toyota Supra.  I sold my first car to open Michael's.  With a small loan and working seven endless days of the week for thirty years I am able to say that I thank all the great customers who have supported a small local business.  To all the wonderful employees that have touched my soul, I give deep thankfulness and appreciation.  My goal is to brings smiles to those who need a smile.  Laughter to enlighten our souls and joy to everyone I touch.

With love and affection